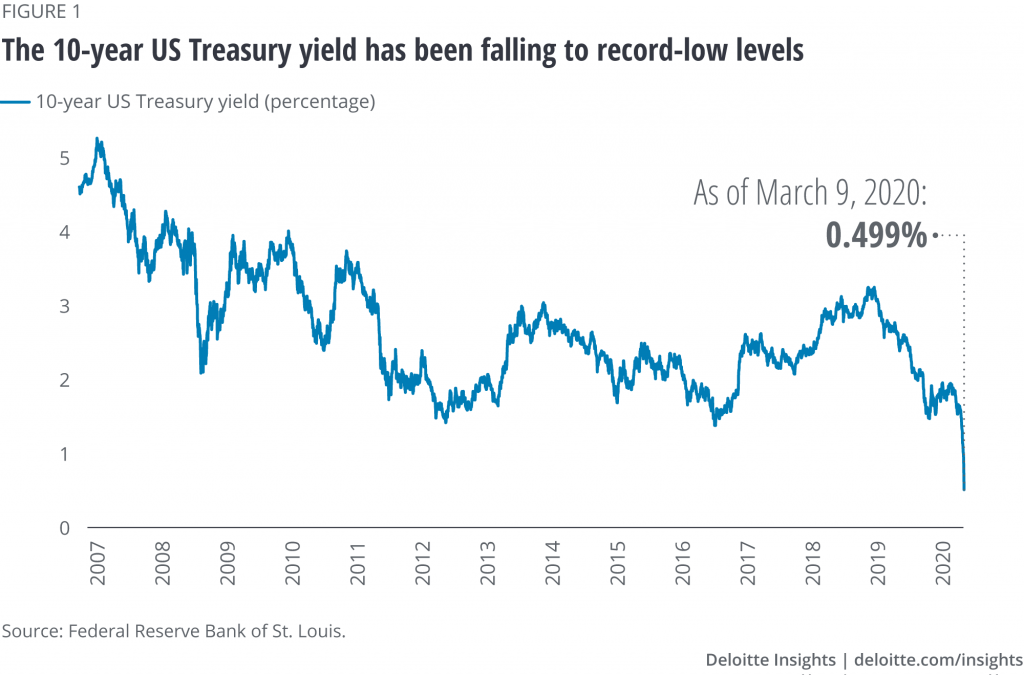 A $10 billion loss in fees to the investment banking sector in the first half of 2020 has been reported by Dealogic, a UK-based market research firm. Besides, the change in the value of S&P 500 index between March 6th 2020 and March 18th 2020 has been recorded as 14.9%, as per Statista. The COVID-19 pandemic has been successful in derailing transactions in the US financial markets since February this year.

Post 2008 recession, banks have continued making high-risk deals. At this moment in time, banking professionals across the globe are getting laid off from their respective jobs, especially in the US. And the recruitment in the banking domain has come to a standstill. In fact, a number of banking stocks have suspended their dividends in the wake of the spreading epidemic.

Although banks in the US are not shutting down their operations completely, but to survive the economic adversities of the coronavirus pandemic, they are forced to reduce their payroll expenses by cutting on the jobs. The other measures taken by the US investment banking industry to survive the ongoing crisis include freezing the hiring, and cutting on all non-essential expenses.

The decisions related to cutting expenses such as laying off employees, sending employees on unpaid leaves, etc. might seem to be cruel from a distance, but these very measures can help survive the existing situation.

The amount of cash that has been pumped into the banking system by the US government in the name of ‘crisis loans’ has helped the situation up to a certain extent. It has assisted the investment banking industry in maintaining much-vital liquidity. Banks that possess a cash reserve to pay for the obligations can at least remain operational in the times of ongoing economic adversity. Federal Reserve Bank in the US has cut interest rates by 50 basis points in the wake of the spreading pandemic, thereby making it easier for banks to take money on loan. This would lead to prevention of asset-sales for capital-raising.

According to EY, more than 50% of global executives in the banking domain are planning to actively pursue mergers and acquisitions in the next 12 months. 75% of them said that from now on, they will focus more on balancing the portfolios. In a nutshell, a majority of investment banks are strategizing at the moment on indulging in the potential M&A deals that can help them revive in the financial markets.

However, there is no alternative to revenues, and banks simply cannot afford to spend cash for the sake of keeping themselves operational. But, sooner or later, the time will come when the market volatility will settle down. When the markets start tracing back to the normal, M&A deals, fund-raising deeds, and capital-generation by the issuance of bonds, all such typical activities of investment banks will come back to execution.

Companies are desperately waiting return to normalcy in the investment banking sector worldwide. Also, they are seeking potential opportunities to make the much-needed tweaks in their portfolio.

Immediately after the great recession of 2008, a majority of banks went into exercising risky deals. A few of them succeeded at safeguarding themselves from the potential losses but failed to save their clients in the process. If the US economy continues to be in a state of recession in the next couple of months, we will witness numerous high-risk deals materializing.

Yet, the ones, who will manage facilitating good deals will help boost the economy,  while at the same time, will produce a proof of exceptional market intelligence and leadership prowess.