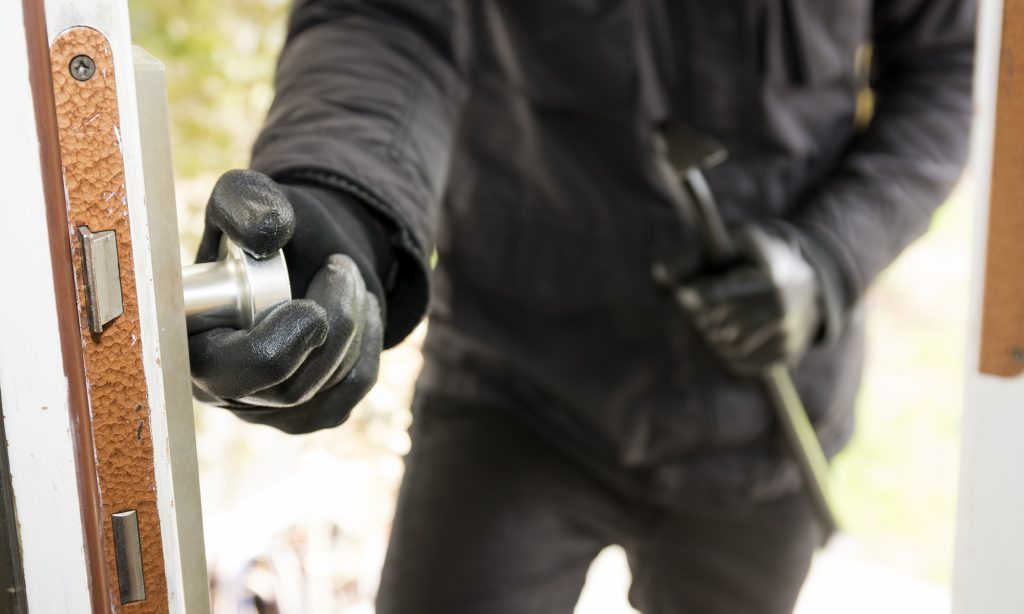 Burglary is a relatively widespread practice in the United States. Therefore, defending against burglary should be one of the main concerns of any homeowner. Burglars are usually desperate men under the age of 25, usually operating on an opportunistic basis. There are several very common methods burglars use to enter a home. Here is a brief summary of these methods.

A great many of burglaries occur in unsecured homes. Many burglars are opportunistic and desperate people without any particular specialist skills. 88 Percent of burglars may be stealing in order to fund a drug addiction. They steal out of desperation and will try multiple doors in a neighborhood. If you don’t lock your front door, a thief could try it, find it open and use the opportunity to try and make some quick money. 34 percent of all home burglaries in the United States occur after a thief has entered the front door. Use your common sense and lock all of your doors and windows before you leave the house and before you go to sleep every night.

Most burglaries are not sophisticated. Instead, a desperate person tries a door, walks in, steals items, and leaves as soon as possible.

Most older homes have some form of sprung latch lock installed on external doors. These locks are not entirely secure.

A good locksmith will always advise you to install deadlocks on all of your external doors. The reason is simple – latch locks are incredibly vulnerable to brute force attacks by would-be burglars. Latch locks have a bolt that is secured using a spring. By applying pressure to the bolt of a sprung latch lock, a burglar can open a door. Attacks of this kind do not cause any lasting damage to the lock.

Install deadlocks on your external doors as soon as you can if you are worried about break-ins. Most burglars will not try and break into a home that is not readily accessible. Therefore, deadlocked doors should put off a huge majority of potential intruders.

Keep your keys safe. Key theft is one of the easiest ways in which a determined burglar can enter your home. Although sophisticated burglaries involving key theft are extremely rare, they do happen. Key copying services are incredibly cheap and allow burglars to gain very easy access to your home even if they only temporarily have possession of your keys. Don’t leave your keys at the front door. Leaving your keys under a rock near the door is a serious risk. Burglars know where to look for keys left hidden ‘for safe keeping’.

Windows, garages, and basement doors all offer ample opportunities for burglars to gain entry to a home. These alternative entrances are often far less secure than a front door. The best defense against intrusions from these entrances is to install and correctly advertise a home security system. Any sign of a home security system is usually enough to deter a burglar.