What is melanoma and Risk factors for melanoma? 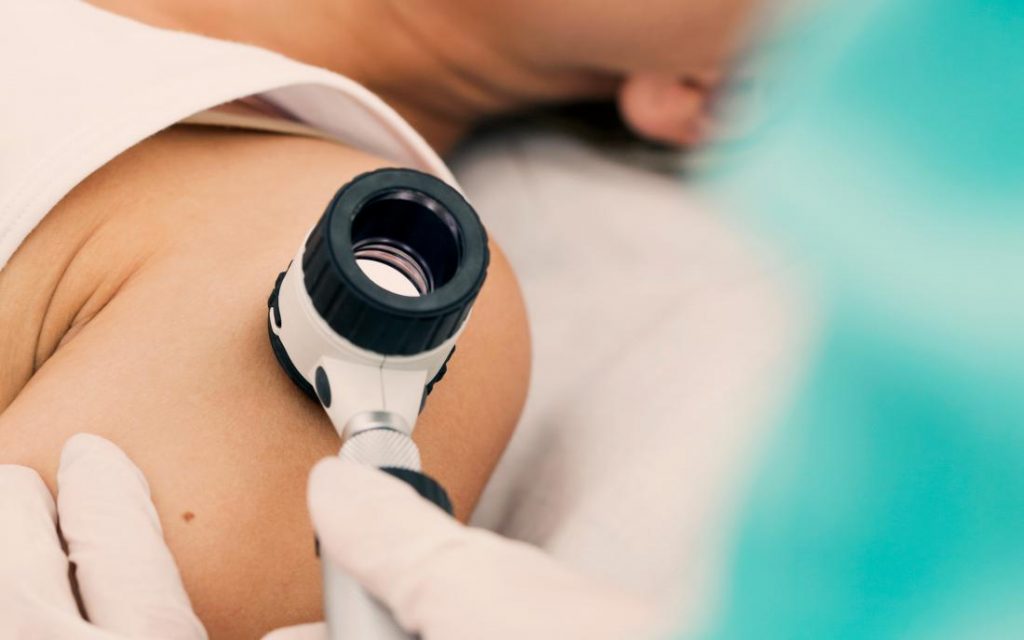 Melanoma is the most aggressive type of skin cancer, and experts warn that its incidence is increasing. However, with a few simple preventive measures, you can minimize the risk of suffering from it.

Melanoma is a type of cancer that is formed from cells called melanocytes. Melanocytes make a substance called melanin, responsible for the color of the skin, hair, and eyes. Melanin also protects from the sun’s harmful ultraviolet rays. If the skin receives too many ultraviolet rays, the melanocytes can begin to divide uncontrollably, and thus skin melanoma begins.

However, as melanocytes are found in various body areas, melanomas may exist in other sites such as the eye, the digestive tract, or the nervous system.

Melanoma can appear on normal skin or in a mole and is the most serious of skin cancers. Because it spreads very quickly through the lymphatic system or blood vessels, metastasizing to lymph nodes and other skin areas—the human body such as liver, lungs, bones, and brain.

According to WHO data, it is one of the most preventable cancers despite not having a good prognosis. Since the measures to avoid it are based on good sun protection and regular monitoring of the skin and moles (it would be enough to dedicate one minute a month ).

The most common types of melanoma are four. These are their characteristics, who they affect to a greater extent, and in which areas of the body they are located:

These are the most common risk factors that predispose to melanoma:

Continued and regular exposure to the sun is probably not as significant a risk factor for melanoma formation as sunburn is. The most damaging burns are mild/moderate (those that cause pain for less than two days and end in peeling of the skin) and severe (pain or blisters for more than two days).

The most severe burns for the development of melanoma occur in childhood and adolescence; those that occur in adulthood increase melanoma’s risk for the next ten years.

Skin types are divided into phototypes I to VI, according to the greater or lesser ease of tanning or suffering from burns. Types I and II are the most sensitive to sunlight; fair skin that suffers from burns often and tans hardly, and melanoma can appear more frequently in these people. However, people with older phototypes have darker skin, and a tan appears very early, thus protecting them from the sun’s ultraviolet rays.

Moles, also called a nevus, are circumscribed dark spots, and they can be congenital (they exist from birth) or acquired (they appear throughout life, mainly from puberty). The total number of nevi a person has is linked to genetics, but it is also closely related to the amount of solar radiation they are exposed to during childhood.

People with 50 or more nevi have an added risk factor for melanoma, so they should be evaluated by a dermatologist.

Why you should consider retraining as a Family Nurse Practitioner